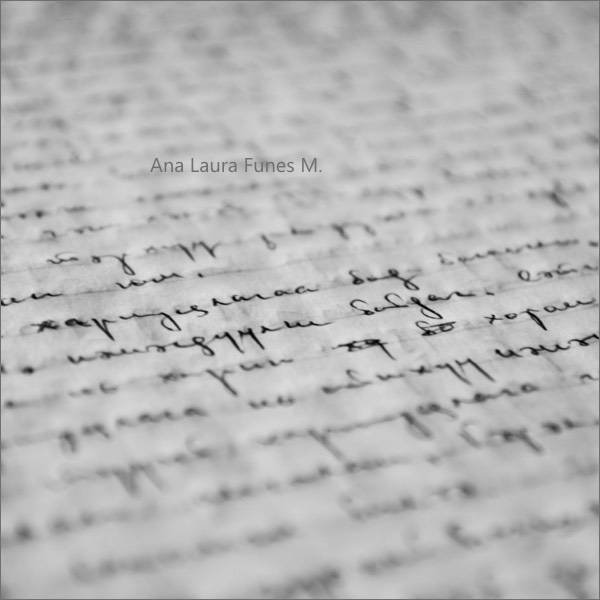 Makhosazana Xaba and Malika Ndlovu is in conversation with Gcobani Qambela as moderator. During this intimate conversation, Makhosazana and Malika explore the themes of breathing, pain, healing, intimacy, pleasure and play through poetry.
View 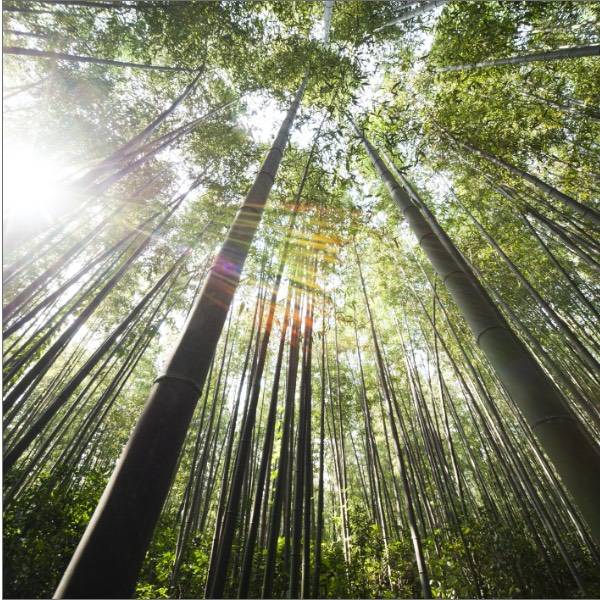 Coming Up for Air

This 10-minute audio poetry experience created by performance poet and applied arts practitioner Malika Ndlovu asks you to receive the invitation of your body and breath. Interweaving word, sound and metaphorical image, it surfaces themes of universal human experience as physical being and its relationship with breath. In its moments of it being witnessed, caught, taken away, held, expelled or extinguished breath is an intimate partner, a guide. This poetic voyage intentionally reflects on the gravity of toxic social and psycho-emotional environments and the dis-ease, destruction and grief they cause. It is also a meditative seeking out of the regenerative processes and (re) source of breath, where it can turn or re-turn us to balance, to our natural rhythms with ease, as we recover lightness and ways to reenter the dance of being alive.
View 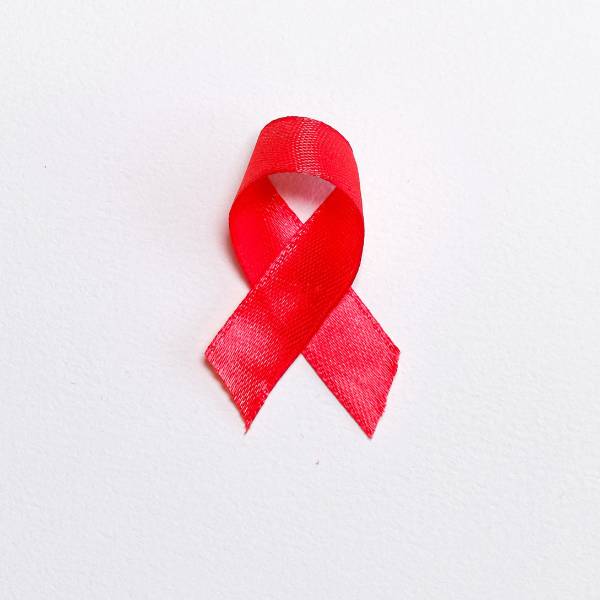 Reading of book extract: "Get Up! Pick Up Your Mat and Toyi-Toyi"- A Country Living with HIV

TB and HIV are the top causes for mortality in South Africa, taking people’s breath away. As a doctor, I was inspired by the Treatment Action Campaign, to overhaul our expired approach to TB care and spearheaded nurse-managed ARV care that inspired my service users. This breath-taking memoir will inspire you. “GET UP! PICK UP YOUR MAT AND TOYI-TOYI.” is a moving account of a person aware of the inequalities of racism, poverty and the HIV/AIDS/TB pandemic in South Africa. He became involved in grassroots political and health service movements whose strategies were to inform and mobilise the people most affected facilitating agency of those who have been ignored, giving them a voice in the shaping of their own destiny. This narrative of the struggle for ARVs is embedded in the author’s personal story, his struggle with depression. It should be compulsory reading for all health workers. The book documents an important period in medical and struggle history.” Abbreviated review by Dawn Garisch, doctor, author and founder of the Life Righting Collective. This recording provides sneak readings of extracts by the author, Hermann Reuter, introduced by Dawn Garish and comments by Sindiswa Godwana, who started ARVs 16 years ago.
View

The central question I ask with this work is whether the audience unconsciously mirrors the subtle breath patterns performers employ to access various emotions. By doing this, do they ‘feel’ the emotions the performer feels at the level of felt perception? Are they able to make sense of the performance, in the first instance, through bodily felt perceptions? In this performance I work specifically with the Sanskrit System of Rasa that engages a psycho-physical approach to performance that bypasses emotional recall to access cellular memory through the breath. It explores the triadic relationship between breath, body and facial expression. The system of Rasa, in the context of performance, is primarily concerned with initiating the experience of Rasa/felt perception in the bodies of the audience. The video performance explores the idea of the aesthetic serving as agitator for activism. It is a collective response to gender violence and rape culture in South Africa and is adapted from a work titled Walk, that was first made by The Mothertongue Project in 2013 and has had several iterations since then. The work offers a breath and sonic response and features Genna Gardini, Siphumeze Khundayi, Rosa Postelthwaite and Sara Matchett.
View 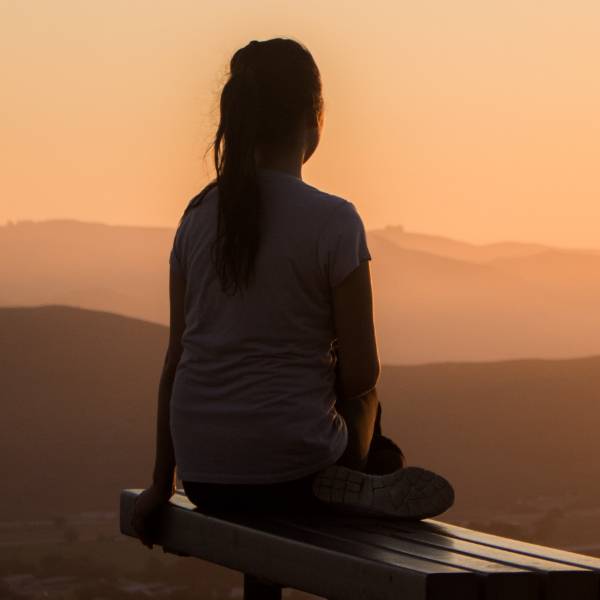 Compositions for the Breaths We Take - Video-series

This project consists of a video of 09:57 minutes, comprising eight shorter clips in series. The image that forms the visual basis for the video is an interpretive ink painting of a minute of breath, where a dampened page would be dotted with ink with each out-breath in a minute. Being guided by this, the video series features the movement of this representation of breath in various visual compositions and is voiced through the processing of Pixelsynth, that has been used to generate sound directly from these visual representations. The layering of these components has given rise to a video series that engages the visual and the sonic in unison and brings time along in this stream of investigation. Through the use of media such as painting and Western classical music structures in different and unconventional ways, the series aims to expand our perception of such media and of the visual and sonic by combining these sensory perceptions. The series also aims to bring our awareness to the breath, its invisibility, its synonymity with the present moment and how thoughts of its accumulation as a representation of life could encourage us to think differently about our experience of time.
View 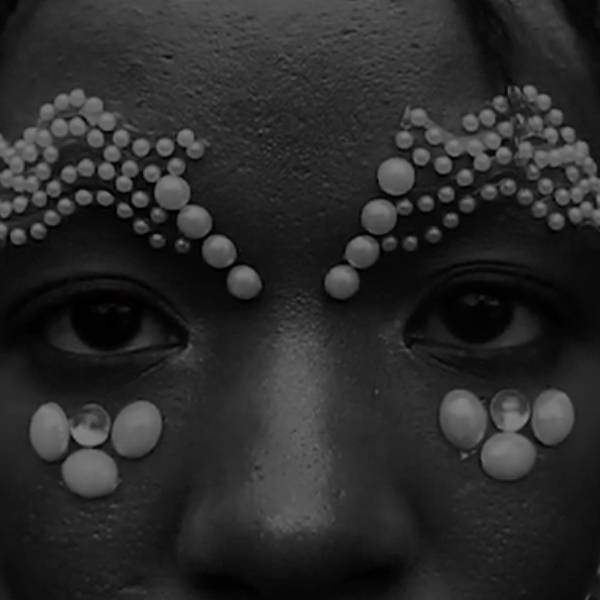 Diphuka is a fictional dream narrative that explores ideas around Life and Death being interconnected lived experiences. The protagonist reveals themselves to themselves through the process of death and begins a process of resurrection through the sense of touch. The touch acts as a breath redirecting the presence of death into life. In 2020, two years after the film was made, we find ourselves in a world where death has etched itself back into the forefront of our lives as a global collective. It has always been present although never as a threat to the global movement of the world. Screening the film in the Breath: Inspire/Expire symposium introduces new life and meaning to the film as it acts as a mirror of the relationships we have with our selves, our communities and our home, Earth.
View 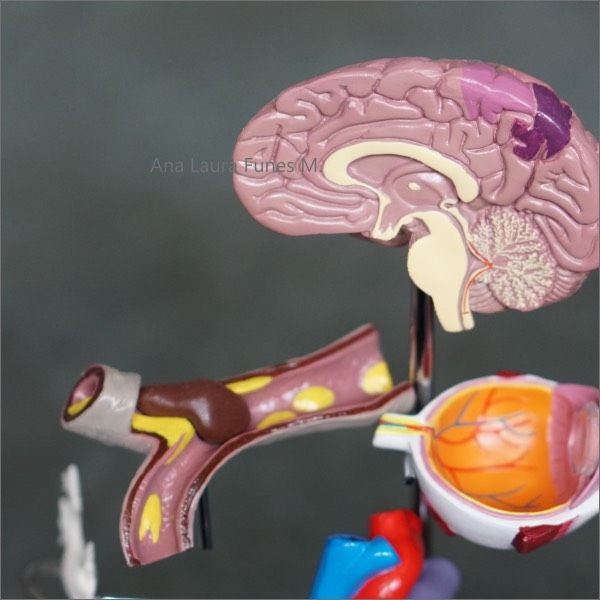 The Singing Hospital is a 20-minute film by Alex Hyndman following the process of making a new choral work with two “Singing for Breathing” choirs in London. The work was commissioned by rb&hArts – a longstanding arts programme at Royal Brompton & Harefield NHS Foundation Trust. Singing for Breathing has been running at this specialist cardiothoracic trust for 12 years – supporting people with chronic respiratory disease through singing techniques. The film narrative is carried through interviews with lead artist Victoria Hume, participants and key personnel who have driven Singing for Breathing over the last decade.
View 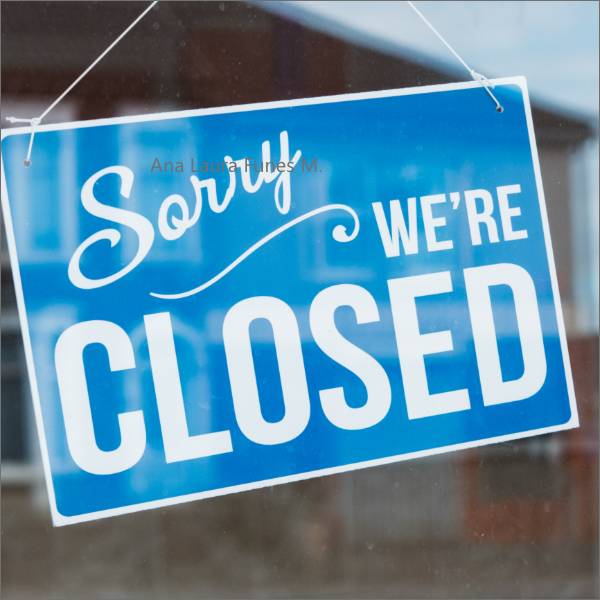 People’s experience of the lockdown has varied greatly with some people experiencing discomfort where lockdown has been stressful and inconvenient but people were able to adhere to the restrictions put in place such as to be able to socially distance, to buy food and hole up at home; to occupy themselves at home as their lives were disrupted. Whereas, other people faced immense challenges when the lockdown came into effect. Some of the challenges were that it was impossible for people to socially /physically distance; people lost jobs and subsequently were unable to care for themselves and their loved ones and people went hungry. These vast differences in the experience of lockdown is due to the very different lived experiences people in SA face – the difference between those who are rich and those who are poor. This video was developed as a teaching and advocacy tool as part of a practicum module for the Masters in Public Health course at UCT. The video uses interview snippets to showcase community experiences of the lockdown and to help students, academics, researchers, decision makers and the broader audience to understand what the lockdown has meant for people.
View 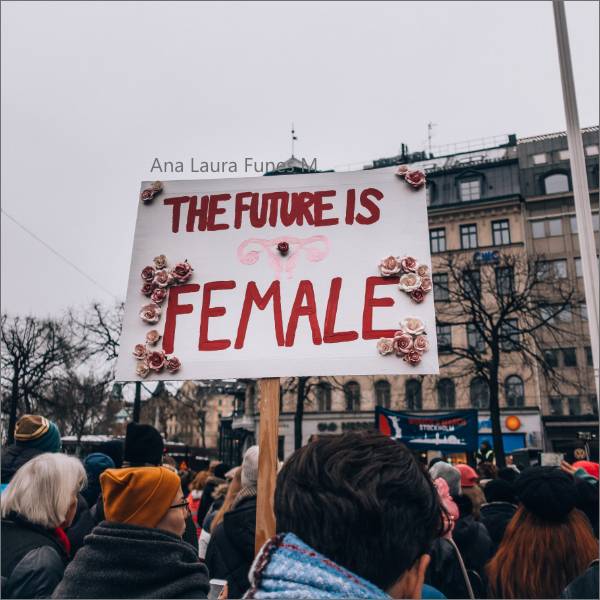 Hou jou bêk: the AFRI – KAAPs representation of young girls and women lived experiences of sexual and gender-based violence on the Cape Flats, Western Cape Province. Hou jou bêk is an artwork and an ongoing poetry project to unpack the gendered approach of sexual and gender-based violence on the Cape Flats. The use of Afri – Kaaps is an analytical tool to deconstruct the taken for granted assumptions and heteronormative views of the social determinants of health in the lived experiences of young girls and women on the Cape Flats in the Western Cape Province. Stemming from a poem submitted to an online competition, the graduate student reflects on conducting interviews with poets in a pandemic. Hou jou bêk is a three-part biographical poem illustrating the persistent silence concerning SGBV in Coloured communities on the Cape Flats. The poems deconstruct the physical, mental, and societal pressures projected on females and internalised into silence by community members, and themselves. The author illustrates the social narrative as a young woman returning to her parents’ community during lockdown, and the inability to breathe in a community forced to silence.
View

This essay brings together written and visual snippets of several years of fieldwork amongst clinicians at public teaching hospitals across Johannesburg. I reflect on moments of fascination about, and even envy of, the responsibility and thrill these doctors experienced in the preservation of breath. A set of pencil rubbings included in this essay provide a means to contemplate the distance between the field and the ethnographer, who can only ever rub up against and get an impression of this kind of medical work. I also recalibrate my previous moments of fascination in light of the COVID-19 crisis, as distinctive from more usual clinical emergencies in a dysfunctional public healthcare system.
View 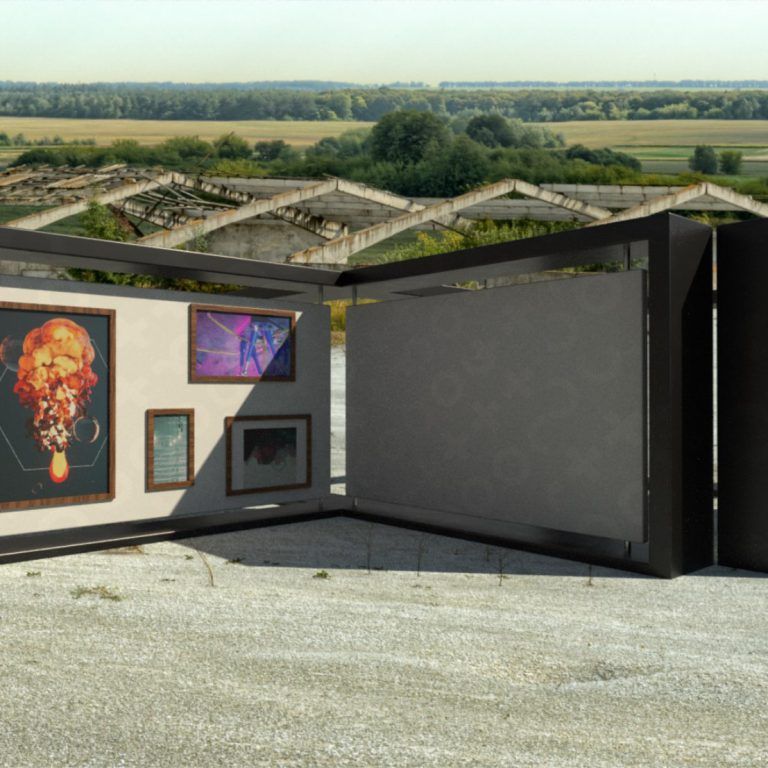 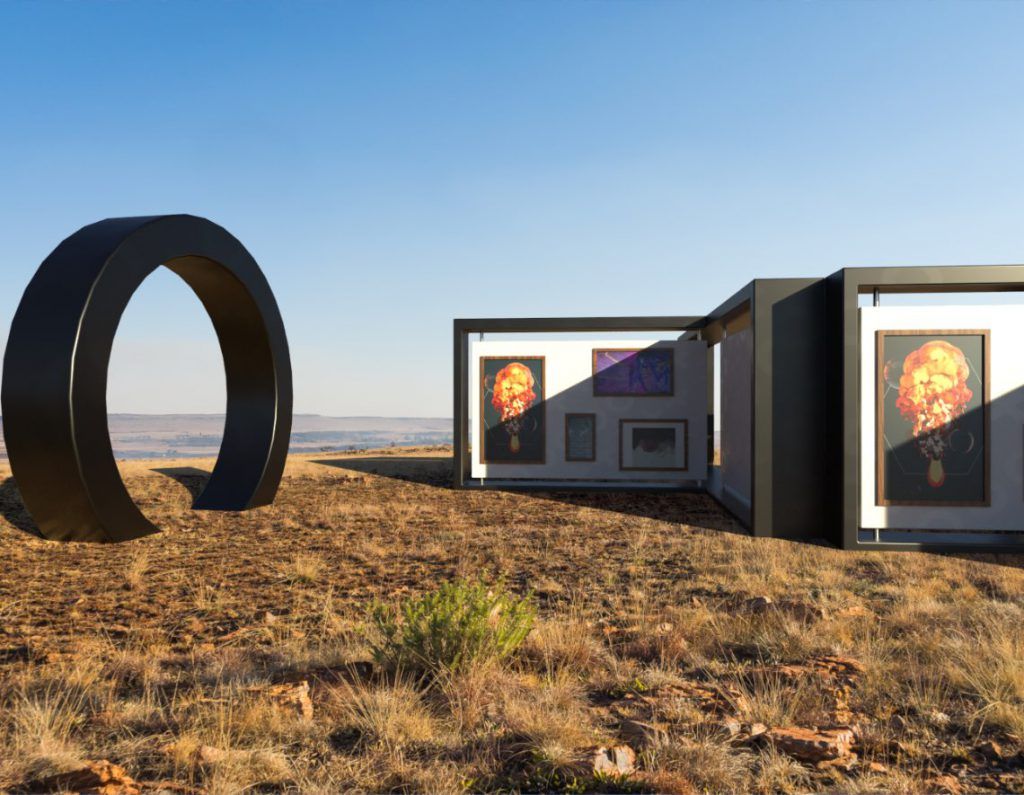 Enter your name and e-mail address below to be notified about up-coming events: